Unit Testing - The Freedom to fail ❌ 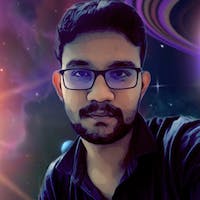 Subscribe to my newsletter and never miss my upcoming articles

In software engineering space, we often face a situation where we developers, demand for full app revamp for numerous reasons. The codebase becomes fragile. More regression bugs popping up after every release. It takes a long time to add new features and even to resolve small bugs. Everyone is afraid of making changes to the giant beast classes. While revamping looks like a viable option in the developer's eyes, the businesses cannot hold on to building new features. Sometimes, it is impossible to afford regressions in the existing features since the customers are already used to the product.

Now, Is it possible to revamp once in every two or three years? The very obvious answer is a big NO! Now, what exactly went wrong? It could be the Bad software design,

In this article, we are going to see only the consequences of not having unit tests and how we can prepare ourselves to write our first unit test. If you see, we might not face any of these problems while starting a new project from scratch. Everyone loves to work on a new project. As your application grows, your confidence level starts to dip down and you might not able to ship features as fast as you were. The codebase is becoming legacy very quickly without tests.

"Legacy code is the code without tests" - Micheal Feathers in 'Working Effectively with Legacy code'.

We find many excuses for not writing unit tests,

What is unit testing?

Unit Testing is a level of software testing where individual units/ components of software are tested. The purpose is to validate that each unit of the software performs as designed. A unit is the smallest testable part of any software. 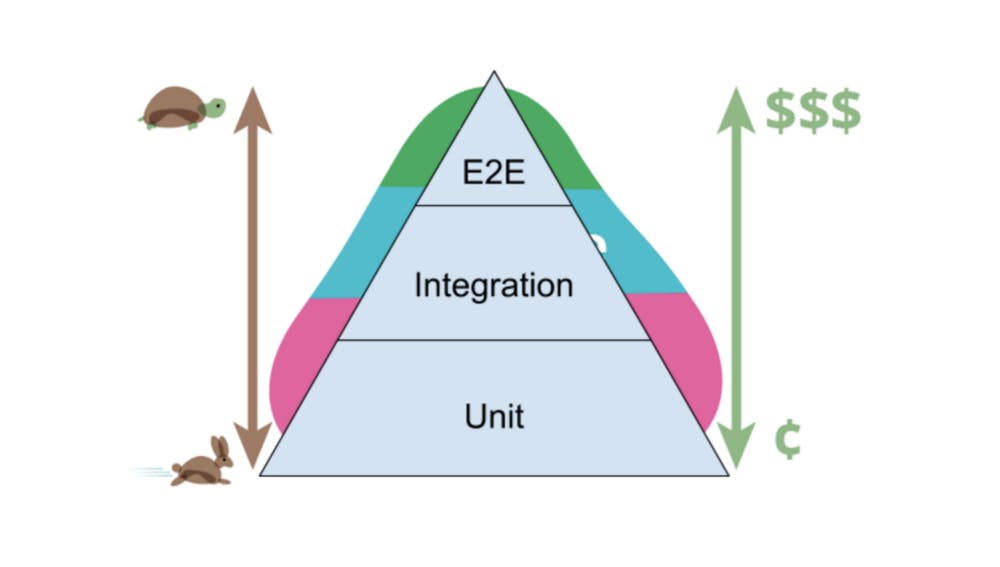 If you notice, writing unit tests are cheaper and faster than E2E testing. Though, unit testing cannot replace E2E testing, unit testing holds the major importance in the pyramid space. Unit testing is the base of the test pyramid. As we know clearly that a weak base can topple down the entire building and software development is no exception. And that's when we are demanding to revamp. I cannot resist mentioning this funny dialogue(Tamil) by Vadivelu - that explains the weak basement quite well 🥴😂 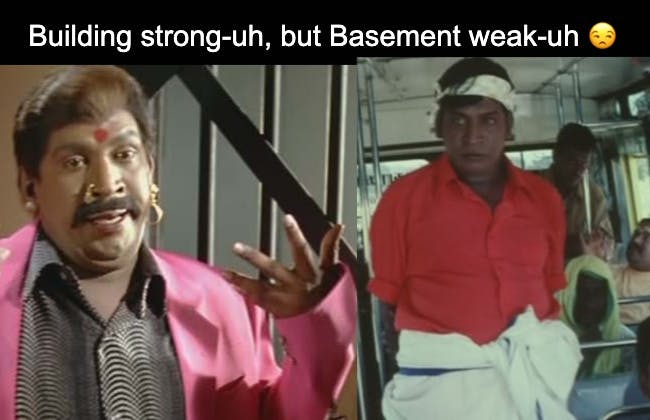 If you're still wondering that unit tests are not that prominent in SDLC, you must know the benefits of writing them.

Not sure what to test?

Ideally, everything! But we aren't in the ideal world. While it is a good idea to aim for 100% code coverage, we might have some classes in our application that talk to External frameworks. Our objective for writing unit testing is not to test the external frameworks and that is the reason we should keep these classes as thin as possible. If your codebase doesn't have any tests and you're beginning to write, then I would recommend you start with the core feature of your application. Most often, it is not that easy to write effective tests on your core features. The chances are that they are the giant beast classes. In this case, You might want to do refactoring before writing tests. Remember,

The more complex the class, the more you want to write tests.

How to write unit tests?

AAA (Arrange, Act, Assert) is a popular pattern that suggests to divide the test method into 3 sections,

There are three steps we need to follow for every unit test,

Consider we are testing the class Stack, You must have come across the term SUT which stands for 'System Under Test'. Well, in our case Stack is our SUT.

Yeah, we are now ready to kick start our unit testing journey, I mean it. Unit testing is not a destination but a continuous journey. As our application grows, we should keep writing tests. The more unit test coverage you have, the more benefit you get. Always remember that unit tests are first-class citizens in our project and they are equally important as our production source code. So it is important to plan and structure the unit test classes as well. I've chosen a simple example but when we start writing tests to our actual code, we may encounter problems in creating mocks for a complex class, testing asynchronous code, private methods, UI Components. I will cover a separate article to address the common problems in writing tests. 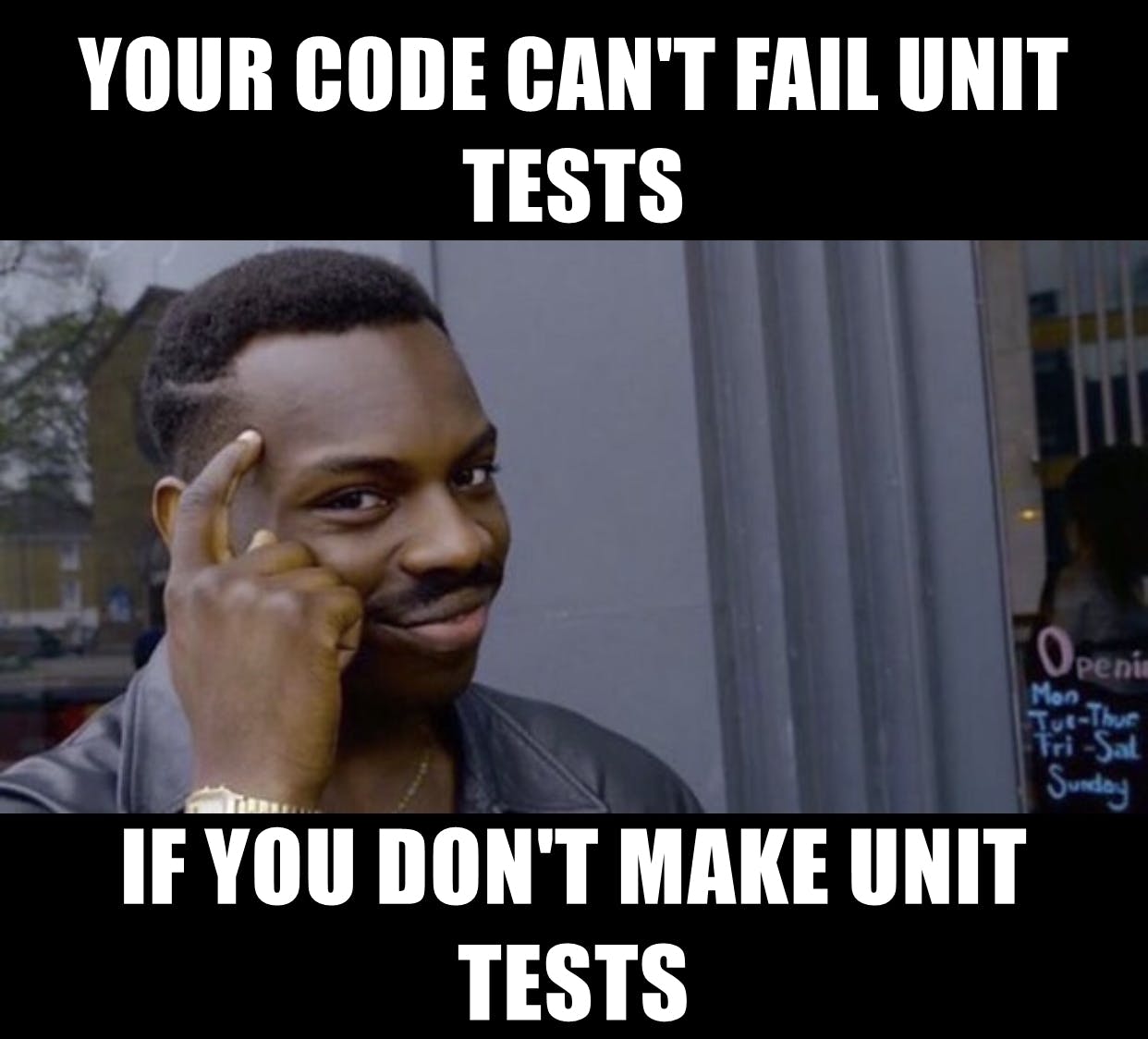 Thank you for reading this article! Let's start doing more of CMD+U(Test) than CMD+R(Run).

What to read next? 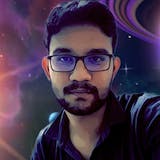 Excellent knowledge sharing. It was simple and easy to understand

Hi Manivel, that was articulated real nicely. As a product designer/manager revamping the entire product/project can be a daunting prospect and big responsibility to bear. We have to do it anyway due to a number of reasons such as a change in user behavior, badly organized data, design inconsistencies and confusing messaging makes for terrible user experience. The importance of unit testing as you suggested helps the Engineering team focus on coding and testing without a lot of distraction; this tends to work well for Waterfall development shops with long lifecycles.

But dude seriously? I couldn't believe you have added a Vadivel meme in your tech blog. It was a nice touch though. I appreciate the effort you tried to bring in the humor element in the article, and boy it worked well.

Revamping is not a bearable solution even in cases like change in data design and UI/UX changes. We can avoid such situations by building the system in such a way that these modules are independent. Even if you want to change the entire design of the app, we should be able to plug out the UI module alone from the system and plug-in the new UI module. It also gives us the chance to reuse the core features of your product, across the platforms. For e.g, iOS, macOS, and tvOS can share the feature modules.

Software with good design comes with many fruitfulness.

Very informative and fun to read at the same time!

I'm glad that you had fun as well 😍